In all fifty states, whenever someone breaches a duty of care or acts negligently and causes another person to be injured, the injured party may file a lawsuit for personal injury. “Personal injury” is the legal phrase that applies to the civil liability cases that address the injuries and compensate the injury victims in traffic accident cases, premises liability cases, medical malpractice cases, and product liability cases.

If you become injured in this state because someone else was negligent – a distracted driver, the manufacturer of a defective product, a negligent doctor, or a careless property owner, for example – you are entitled under Indiana law to compensation for your medical expenses, your lost income, and any other injury-related damages. A personal injury claim prevails when the injured party, called the “plaintiff,” can prove that the “defendant” acted negligently and that the negligent act directly caused the plaintiff’s injury.

Personal injury awards usually include reimbursement for all of the injury victim’s medical expenses. If more medical treatment and care will be required in the future, the estimated cost of that care is also included. If a plaintiff became unable to work, the lost income is reimbursed, and if the plaintiff remains unable to work – temporarily or permanently – the plaintiff is also compensated for his or her lost earnings capacity. Emotional pain and suffering may also be compensated in some cases.

If an injury is permanently disabling or results in a wrongful death, or if an injury happens to a youth who will suffer for years into the future, the sum paid out conceivably could be quite substantial. Thus, some states have imposed damage caps in personal injury cases to limit what a personal injury victim may receive.

Indiana caps the amount of compensation all medical malpractice and in some but not all wrongful death cases. What follows are examples of how damage caps work in Indiana, but if you are an injury victim, you’ll need to obtain legal advice specific to your own case by meeting with an experienced Evansville personal injury attorney.

WHAT IS THE MEDICAL MALPRACTICE DAMAGE CAP IN INDIANA?

The Journal of the American Medical Association tells us that medical malpractice is the number three cause of death in the U.S. – after heart disease and cancer. When a healthcare provider fails to provide the professionally recognized “standard of care,” and a patient is injured (or worse) as a result, it’s medical malpractice. Medical malpractice, however, includes a great deal more than operating room mistakes like removing the wrong limb or organ.

Research recently conducted by the Institute of Medicine and published by the National Academy of Sciences discovered that about twelve million adults are misdiagnosed every year in the United States. If someone’s health deteriorates because a misdiagnosis delayed the proper medical treatment, that person has the right to be compensated through a medical malpractice claim.

When a physician makes a mistake in a patient’s treatment, the results can sometimes be negligible and sometimes catastrophic. However, in Indiana, a medical malpractice victim cannot obtain more than $1,250,000 in damages – regardless of what the victim’s actual injuries and costs may be. The $1,250,000 damage cap includes all medical bills past and future, all wage, income, and earnings capacity losses, and all emotional damages.

Indiana doctors and hospitals are only responsible in any single malpractice case for $250,000 of medical malpractice liability insurance. The Indiana Patient’s Compensation Fund covers any compensation beyond $250,000. Beginning in July 2017, Indiana will raise the malpractice damage cap to $1.65 million, with the first $400,000 of any award to be paid by the healthcare provider. The cap will be raised in again in 2019 to $1.8 million with the first $500,000 paid by the healthcare provider.

ARE THERE CAPS ON AWARDS FOR OTHER TYPES OF NEGLIGENCE?

Indiana does not cap damage awards for the wrongful deaths of persons under 20 years of age or persons between the ages of 20 and 23 who are enrolled as students. When an unmarried adult (age 23 or above) with no dependents is the victim of a wrongful death, that person’s estate cannot obtain more than $300,000 through a wrongful death lawsuit.

On the other hand, there is no maximum damage cap for a wrongful death lawsuit on behalf of a victim who is survived by a spouse or a child. Such awards are theoretically unlimited and often amount to millions of dollars.

WHAT IF THE GOVERNMENT IS RESPONSIBLE FOR SOMEONE’S INJURY?

If an accident injures someone at a facility managed by a state, county, or local government body or agency, the amount a victim may recover is capped at $700,000. However, the liability of a governmental body or agency in Indiana is limited to $5 million for any single accident with multiple victims, so sometimes when the government is liable, a victim may not recover even the $700,000 figure. When over one hundred people were injured by a stage collapse at the Indiana State Fair in 2011, they were limited to the $5 million cap, so Indiana legislators chose to pass a special law to approve additional funds – another $6 million – to compensate those victims.

When lawmakers impose damage caps on personal injury claims, their usual motive is protecting insurance companies, other businesses, and the government itself. But damage caps are not entirely “unfair.” Let’s say that an Indiana doctor committed malpractice that permanently disabled a young patient, and a jury concludes the victim will need $10 million over his or her lifetime.

The jury may be acting in good faith, but an insurance company would have to make up that $10 million loss with higher rates for malpractice insurance, which translate into higher medical costs – for everyone. Damage caps in effect keep insurance and medical costs lower.

Some states cap only noneconomic damages – the awards for an injury victim’s pain and suffering. Other states place caps only on certain kinds of injury claims, like Indiana’s cap on medical malpractice claims and certain wrongful death claims. Indiana has changed the rules about damage caps a number of times and may do so again, so an injury victim in this state should always consult an experienced Evansville personal injury attorney regarding his or her own personal injury claim. 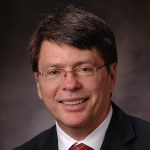